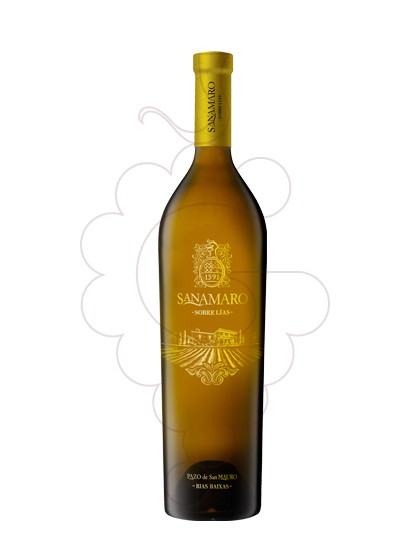 Taste: Wide, juicy, full-bodied, it came with personality, sensations of stone fruits such as ripe mango, a salty touch, long in its journey and its final aftertaste. A wine that improves in the glass once opened. It can be decanted.

Located in Salvaterra do Miño, on the banks of the river, is the Pazo that presides over the farm and gives its name to the winery. In 2003, Bodegas y Viñedos del Marqués de Vargas acquired this historic estate of 30 hectares in Rías Baixas, in the chosen sub-denomination of Condado de Tea. It is in the southernmost and most sunny area of ​​the Rias Baixas Denomination, with an exceptional microclimate of Atlantic influence.
The pazo ded San Mauro, originally owned by the noble Spanish-Portuguese family of the Pereira de Castro, descendants of King Sancho I of Portugal, was built in 1591. Vine cultivation was always linked to its history, as evidenced by the remains of the old winery that can be seen in its construction, which attest that wine was already made in the 16th century.
Sanamaro, a unique wine from the historic Pazo de San Mauro that is born from the selection of the best Albariño and Loureiro grapes, from the oldest plot of our vineyards, "La Fraga" and "Los Bancales".

Elaboration:
It is made only in the full years, in which an extraordinary maturation of both varieties is achieved. The vineyard is spread out on pebble terraces over the Miño river, creating a natural amphitheater oriented at noon, with extraordinary insolation. The vines are planted in semi-vines so that the fruits, with very restricted production, develop in optimal conditions and reach maximum expressiveness.
The average age of the vineyard is 35 years.
Aged on lees for 3 months with manual "batonnage". Subsequent rest in bottle for 6 months before marketing.

Sanamaro, white wine D.O. Rías Baixas, one of the more than 9000 products you can find in our online shop.