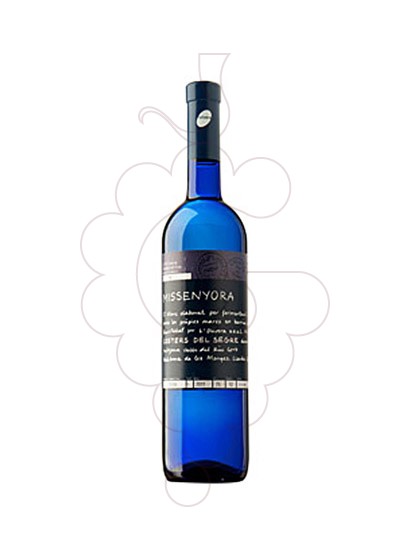 Intense and complex nose with aromas of white fruit and bear fruit ( peach, orellana ). Lactic notes and a spicy point of white pepper stand out.

In the mouth it is unctuous, creamy and with a sweet point. Fresh entry and good persistence.

A wine that invites to be paired with cold starters, such as pâté or escalivada canapés. Ideal to take as an aperitif.

In Vallbona de les Monges the history is marked by the presence of the Cistercian monastery. The Cistercian order was founded in Burgundy and is dedicated to combining spiritual activity with development in the field of agriculture and the organization of the territory. Vallbona is a place of ridges and small valleys where the erosive action of water is intuited, which has shaped the landscape.

In the Cooperativa Olivera, vineyards and olive groves are cultivated and wines and oils are made, trying to express where they come from, an origin: a land and a people who interpret it from behind.
It is a social integration cooperative, which incorporates people with difficulties who actively participate in the whole process. Work is a vital and emotional experience.
This adventure began in 1974 in Vallbona de les Monges, in inland Catalonia.

Missenyora is the name formerly given to the abbesses of the monastery of Vallbona. This wine looks at the past and is inspired by another that used to be made in the area, the boiled wine, with a small sweet touch.

Elaboration:
The grapes are harvested manually and pressed with whole grain and grape seed. The wine ferments at a controlled temperature of 15º to 17º C in American (80%) and French (20%) oak barrels, with a percentage of new wood that never exceeds 15% to respect the varietal character of the Macabeo. It is aged on its own lees with weekly battonage to increase the volume in the mouth. Before bottling, depending on the tasting, a quantity of concentrated grape must is added, which gives the wine the poured character that makes it delicious and original.
Varieties: 100% Macabeo

The Designation of Origin DO Costers del Segre was established in 1986 and was gradually expanded to include seven subzones: Artesa de Segre, Urgell, Garrigues, Pallars Jussà, Raimat, Segrià and Valls del Riu Corb.

OTHER PRODUCTS OF ... Cooperativa L'olivera