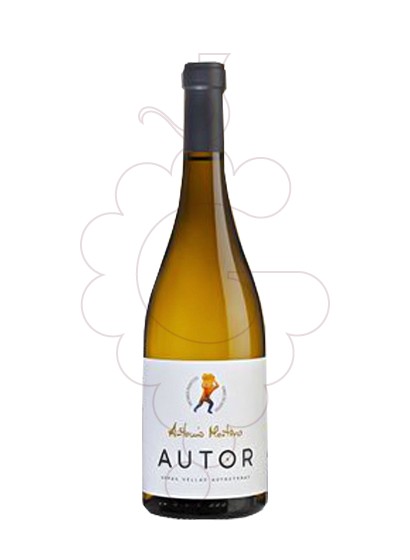 Starters, first courses, fresh summer dishes, varied salads with the best fish and seafood from the Atlantic coast, Galician cuisine, due to its proximity to an excellent octopus to Feira, including Lacón with turnip greens.

The family-run winery based on the pleasant wine-growing tradition of Ribeiro. So much so that his genuine name, "Antonio Montero", has been passed down from generation to generation, being the anthroponym of the three current managers of the winery: the "grandfather", the "father", and the "grandson".
The winery is located in the heart of the Ribeiro. The Ribeiro Designation of Origin is located in Galicia, on the north-western edge of the province of Ourense and at the confluences of the valleys formed by the Miño, Avia and Arnoia rivers. A region 45 km. from the Atlantic Ocean, in a very particular area with excellent aptitude for growing grapes. With an approximate extension of 2,500 hectares.
If something defines the character of the products, it is undoubtedly the artisan stamp of our work. From the cultivation of the vines and the selection of the grapes to the elaboration of the broths, everything is done in a manual and artisan way following the traditional techniques of the Ribeiro and respecting its natural ecosystem. The result, products of incomparable quality.

OTHER PRODUCTS OF ... Antonio Montero