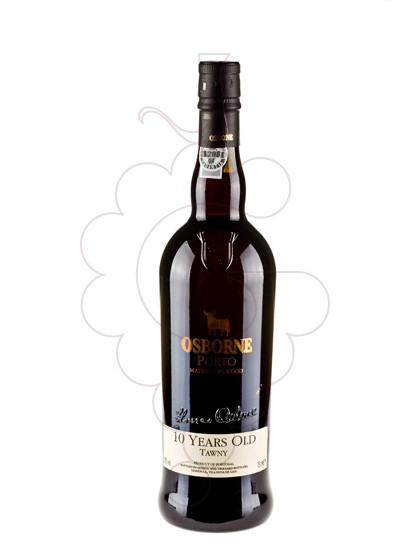 Good combination of fruity aromas with notes of grapes to oxidative aging.

The origin Osborne dates from the late eighteenth century, from 1996 to the present is Tomás Osborne Gamero-Civic who chairs the maximum performance of the company, and together with his cousin, Ignacio Osborne Cólogan go and set the rules of company. The Osborne Group is family character, with its own identity and vision to be the benchmark in the Spanish food and beverage industry.

Vinho do Porto is a renowned sweet wine from Portugal, commercialized and consumed all over the world. The name becomes from Porto, city whose port shipped the wines abroad. The vines cultivation is located on the north of the country, previous to the posterior vinification, at the Alto Douro region. The Douro River (Duero) flows between the Marao and Montemuro ranges. Cold winters and dry and hot summers. Nowadays the wines can be aged at the Alto Douro region, but until 1986 the ageing only was permitted at the town of Vilanova de Gaia, close to Porto.