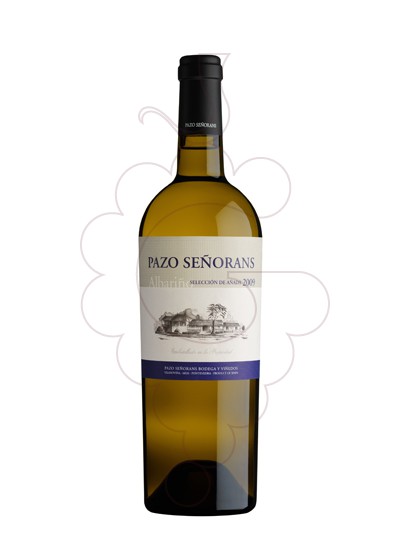 
Aroma: Complex and deep where primary and tertiary flavors coexist: varietal with hints of ripe apple, stone fruits such as peach, loquat mineral notes accompanied by very powerful and well integrated into the whole.


Taste: It came with personality, long and persistent and a great volume in the mouth. We highlight the unctuous sensation on the palate. It is a wine with great aging potential.

Great Galician white wine. It came with many nuances and at the same time subtle, delicate. We will look for some dishes and food for to enhance with all its taste nuances. Cuisine and direct dishes not very powerful or spicy. Sensational with all the local gastronomy of Galicia (shellfish from the estuaries, fish from the Atlantic). We could also enjoy it with excellent rice dishes from Spanish gastronomy ( rice a banda, del "señorito", Gandía style, melaso rice with cuttlefish, boletus and foie gras ). Countless gourmet dishes and products for this excellent wine.

Pazo Señorans, today converted into a winery, is a magnificent representative of the 16th century manor houses, built in the countryside with all the charm and lordship of bygone days. The winery brings its first harvest to market in 1989.
El Pazo and. The winery, initially owned by the marriage formed by Marisol Bueno and Javier Mareque ( now also in the hands of four children, Marisol, Vicky, Javier and Santiago ), began its winemaking career in 1989, although the cultivation the vineyard starts earlier.
The name of Pazo Señorans is of unknown origin, it is not known if the place gives its name to the Pazo or it is the Pazo that gives its name to the place.

Elaboration:
100% Albariño grape variety. Aging on lees of more than 30 months, in stainless steel. The average age of the vineyard is over 45 years.

Pazo de Señorans Selección Añada, white wine D.O. Rías Baixas, one of the more than 9000 products you can find in our online shop.