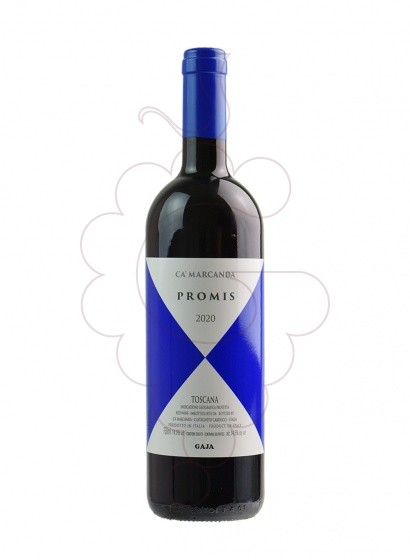 Colour: Clean, clear and bright. Garnet color with ruby reflections, where it has a low layer intensity. Very nice to look at.

Aroma: First contact where the aromas of slightly calculated red and black fruit are expressed, with the corresponding aeration appear the notes of black pepper and clove, that are slightly submerged by the touches of cinnamon coming from its aging in oak.

Taste: Mouth with breadth and fleshiness. With a velvety palate and elegant and seductive tannins. Long, fresh and persistent finish.

The Gaja family settled in the Piedmont region of north-western Italy in the mid-17th century, and it was Giovanni Gaja (great-grandfather of the current owner) who founded the winery in the Langhe hills of Piedmont in 1859.

In 1996, and after long years of negotiations, it acquired a second property in Tuscany called Ca'Marcanda, which is located in Castagneto Carducci in Bolgheri, south of Livorno, specifically in La Maremma, a marshy area that has established itself as one of the most prestigious in Italy and which is famous for its “terre brune” floors. The farm has 200 hectares, of which 150 have been planted with foreign varieties, mainly Cabernet Sauvignon and Merlot, but also with Cabernet Franc and Syrah.

Gaja Ca'Marcanda Promis, red wine I.G.T./D.O.C. Toscana, one of the more than 9000 products you can find in our online shop.