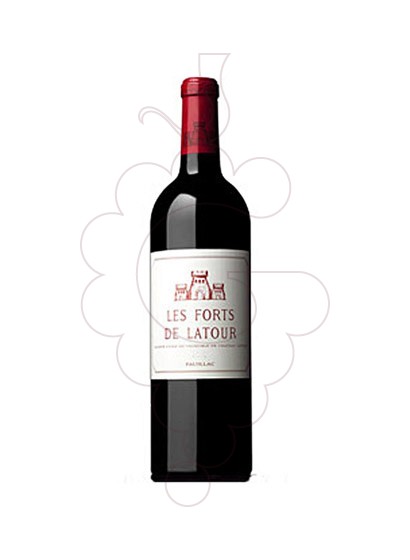 Taste: Sweet and pliant, with a creamy, fine-grained texture for the vintage. Finishes with big but ripe tannins.

We recommend serving it with red meat without excessive sauces, creamy rice and even fish as it could be salmon or tuna.

On October 18th of 1331, Gaucelmo de Castillon won permission to build a fortress in Saint-Mambert to defend the estuary during the war of the 100 years. Thus was born the Tour de Saint-Mambert, who must be the name of the château. Unfortunately, nowadays we cant see anything of this tower, which we could see among the vineyards is a loft, built between 1620 and 1630 with stones from the old fortress.
Since the arrival of Nicolas-Alexandre de Segur, also owner of Lafite, Mouton and Calon, was when it first develops the full potential of the farm winery. The present château was built between 1862 and 1864.
The property was exclusively in the hands of the descendants of Segur until 1963, but this year sold 75% stake to British companies. In July 1993, François Pinault bought out by a number that exceeds 105 million euros.
The heart of the vineyard, situated on a hill overlooking the estuary of the Lironde, is called the Enclos and consists of 47 hectares of old vines. It is a large gravel soil, with nearly one meter deep, which requires to deepen the roots for their food, sometimes more than 3 meters.
Les Forts de Latour is made Enclos strains less than 12 years old and the grapes from 18 hectares, located in the three field plots.

Ch. Les Forts de Latour, red wine A.O.C. Bordeaux Médoc Pauillac, one of the more than 9000 products you can find in our online shop.