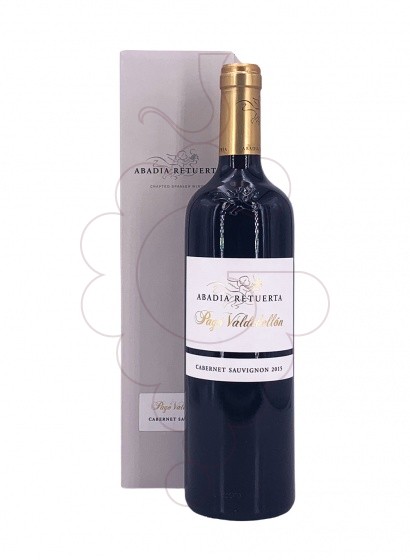 Colour: Clean, clear and bright. Cherry color with garnet reflections, where it has an intensity of medium - high layer. Very nice to look at.

Aroma: On the nose, it is pure delicacy. The vegetable and red fruit aromas (currant and raspberry) characteristic of the variety emerge strongly, and in which, they are balanced with the sweet spices of cinnamon, vanilla, cocoa, coffee and mineral aromas.


Taste: In the mouth with the energy, character and personality that characterizes it. The tannins are expressed with great power but at the same time with an elegance that may only be signed by the wines of Abadia Retuerta. Long, fresh and persistent finish.

In 1146 the Premonstratensian order built the monastery of Santa Maria de Retuerta in an unbeatable enclave on the banks of the Douro. To the monks of the order of San Norberto terras ET vineas were granted to them; and the second Abbot brought from Burgundy the first vines of French varieties which were planted. Today we can say that the three essential characteristics of the medieval order: work, peace and hospitality, continue to be part of the spirit of the winery.

Made with Cabernet sauvignon from a poor, calcareous soil with a loamy texture that benefits from a particular microclimate. This variety has found a pleasant second home in this abbey in view of its results year after year.

Abadía Retuerta Pago Valdebellón, red wine V.T. Castilla y León, one of the more than 9000 products you can find in our online shop.