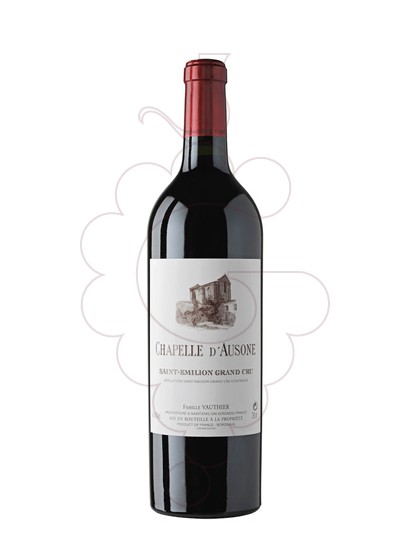 La Chapelle d'Ausone is the second wine of Château Ausone.

Chateau Ausone is one of the few famous wine estates in Bordeaux that have rarely changed hands in recent years. In fact, only 3 different families have owned this estate of Staint Émilion since its inception.

The Lescours family, from the 13th to the 16th century. Followed by Jacques de Lescure and his heirs in the seventeenth century. At the end of the 17th century, the Chatonnet-Cantenat family together with the Dubois-Challon-Vauthier family took over. Today, Alain Vauthier runs Château Ausone together with his daughter Pauline Vauthier.

When asking any wine producer in Bordeaux or owners of Châteaux, the overwhelming majority agree that Château Ausone owns the best terroir in Bordeaux. This terroir, together with the skills of Alain Vauthier have turned Château Ausone into one of the best producers in the world.

OTHER PRODUCTS OF ... Chateau Ausone