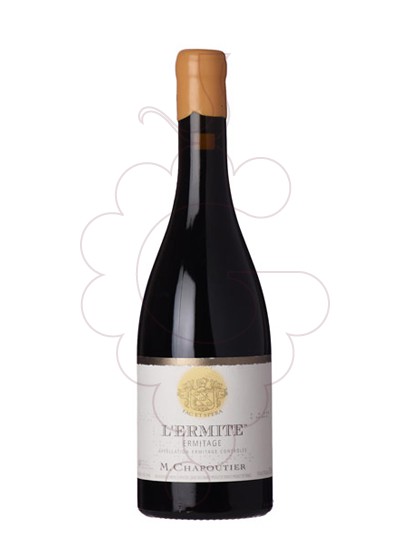 Good intensity and complexity There are notes of ripe black fruit, cherry, blackberry and spaced aromas where white pepper predominates. In the retro-nasal cacao is expressed with a very subtle vanilla that makes it incredibly nice on the nose.

Entry that nothing happens unnoticed. The tannins are powerful and velvety, the nuances of smoked and pepper beautifully express the Syrah variety in granitic lands. Step by mouth very persistent with an end infinitely nice.

The historical past of the Hermitage is rich.

It seems that it was in the seventeenth century that the name Ermitage appeared in memory of a knight who returned from the Crusades (thirteenth century) and tired of the war, he would have lived like a hermit on the hill that Anne would have given him. of Castile, Queen of Spain.

There is a vineyard that has been renamed "Ermitage".
Alexandre Dumas or Tsar Nicholas II were some of the countless lovers of this highly appreciated wine.
Today considered one of the best wines in France, at the level of the best wines, its reputation is international.

Located at the top of the Hermitage hill, around the chapel, in a place called the Ermite. The vines are 80 years old and are in granitic soils that are very poor.
The harvest, 100% distilled, is matured in concrete tanks. The fermentation lasts about 4 weeks, to obtain soft and stable tannins to keep the wine for a long time. The temperature does not exceed 32 ° C to allow a good quality extraction. To make this wine, only the juice of the first pressing is used.