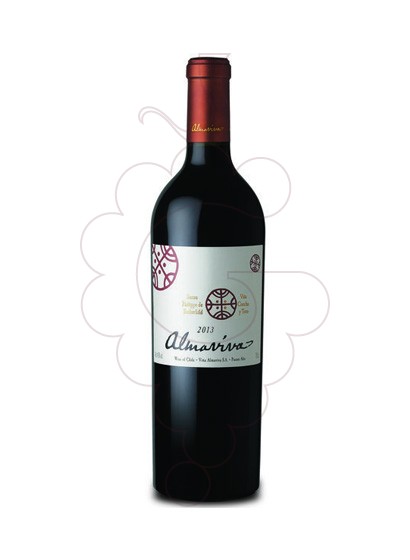 Very good intensity and complexity. From the outset, floral aromas stand out above all else, where the petals of dried rose merge with the notes of wet tobacco. Later the aromas of fruit, where the ripe cherries evolve giving way to the black truffle. Undoubtedly a set that surrounds you in all its maximum expression.

Entry into the mouth with a lovely silkiness and balance. It is a fresh wine, with soft tannins. You can see the dried flowers, a very harmonious wine with a very long persistence and a soft finish.

In 1997, Baroness Philippine de Rothschild, Chairman of the Board of Directors of Baron Philippe de Rothschild SA, and Mr. Eduardo Guilisasti Tagle, President of Viña Concha y Toro SA, signed an agreement in partnership with the vision of creating a Premium Franco-Chilean wine exceptional, called Almaviva.

Produced under the technical supervision of both partners, the first harvest was immediately an international event after its market launch in 1998.

The name of Almaviva, despite its Hispanic resonance, belongs to the classic French literature: Count Almaviva is the hero of The Marriage of Figaro, the famous comedy of Beaumarchais (1732-1799) which would later be transformed into an opera by the Mozart's genius.

The logo, meanwhile, pays homage to the history of the Chilean ancestors, with three reproductions of stylized design, which symbolize the vision of the earth and the cosmos in the Mapuche civilization. The design appears in the "kultrun", a ritual drum used by the Mapuches.

The label shows the name of 'Almaviva' with the original manuscript of Beaumarchais. Two great traditions thus join hands to offer the whole world a promise of excellence and pleasure.

The Château concept was introduced in the 19th century in France and was a way of honoring the creative mastery of Bordeaux winegrowers.

Almaviva was the first wine in Chile created under the concept of French Château, which considers a land of exception, a unique winery and a technical team, all three dedicated exclusively to the production of a wine, the result of an incessant search for excellence.