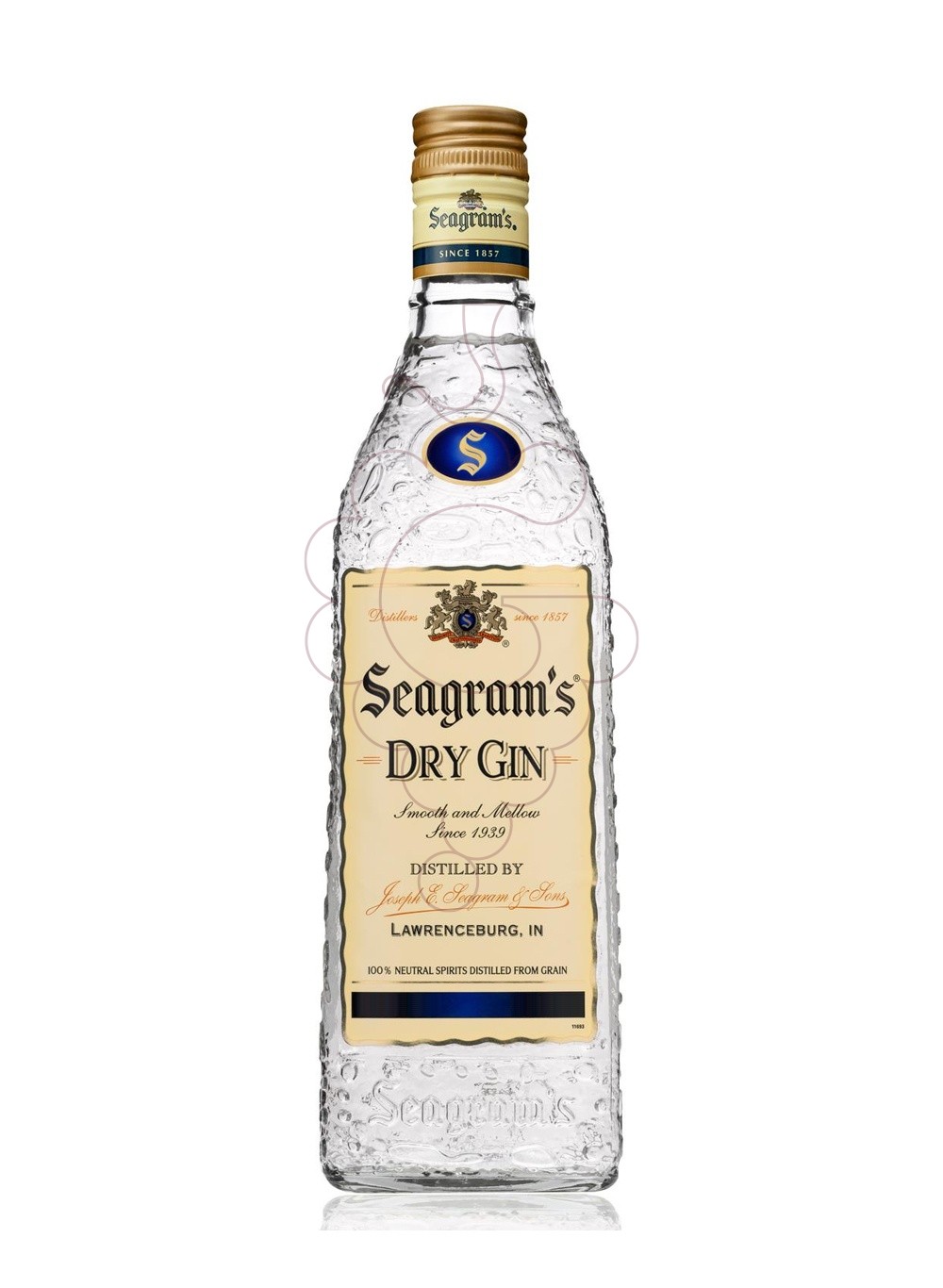 Distilled from 1857, Seagram's gin was introduced in the U.S. in 1939 as the 'Seagram's Ancient Bottle Distilled Dry Gin. First brand of gin in the United States. We can say that still maintains its original qualities both in terms of gin and its bottle.
Among the secrets of its great taste play an essential role ingredients: Sri Lanka cardamom, orange peel from Spain Vietnamese cinnamon bark, coriander Czech Republic, and berries from Italy, along with other herbs. The recipe remains a secret known only by the master distiller. The various components are mixed with a double distillation process and then starts the period of maturation in oak barrels, which gives it softness on the palate and the pale yellow color. After his ageing time, when gin its mature, it is bottled.