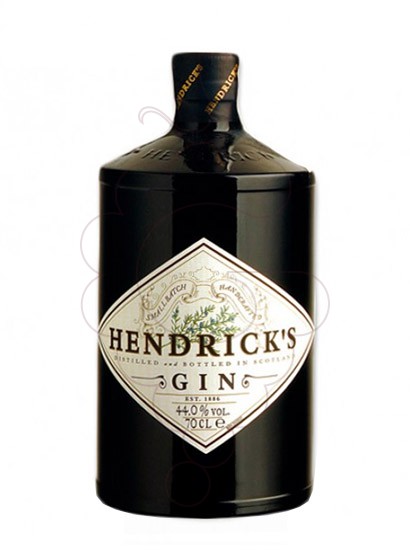 Hendricks is an iconoclastically produced small batch gin distilled in Ayrshire, Scotland. Our unusual distillation process combined with our oddly delicious set of infusions yields a one-of-a-kind gin that is passionately loved by a tiny yet growing handful of individuals all over the world. No other gin tastes like it because no other gin is made like it.

For those of you who havent fainted in sheer awe, let us explain:
There are four Carter-Head stills in the world. Ours was built in 19th century London and has been restored to its original condition by our full-time coppersmiths.
Instead of crudely boiling its ingredients, the Carter Head "bathes" them in vapours. By keeping our eye on the round windows, we enforce the slowest possible build-up.
This makes an enormous difference in flavour. The more leisurely the distillation, the smoother and more thorough the instillation. This is especially critical when dealing with the peculiar orchestra of botanicals that makes Hendrick's gin so extraordinary.